An interview with WLMMA Matchmaker Frank Burczynski about how he creates bout cards, the current champions, and upcoming card in Munich.

Since We Love MMA #1 in Berlin, Frank Burzinski has taken a vital role within the organization: that of the matchmaker. Starting with wrestling at age six, he was a competitive swimmer before he lost touch with the martial arts for a while. “I started bouncing, so I thought it would be a good idea for me to know how to defend myself. This led to boxing, kung fu, and Jeet Kun Do.”

Despite earning his black belt in Brazilian Jiu Jitsu, Burzynksi was a reluctant student initially. “My JKD instructor emphasized grappling, but I wasn’t a fan of training in a gi. I would take the occasional trip to the US to train. Once I went to Los Angeles and trained with Romero “Jacare” Cavalcante in the Gi. I was hooked. ” He is currently the representative of Hilti BJJ in Berlin, training out of iMAG in Wedding. 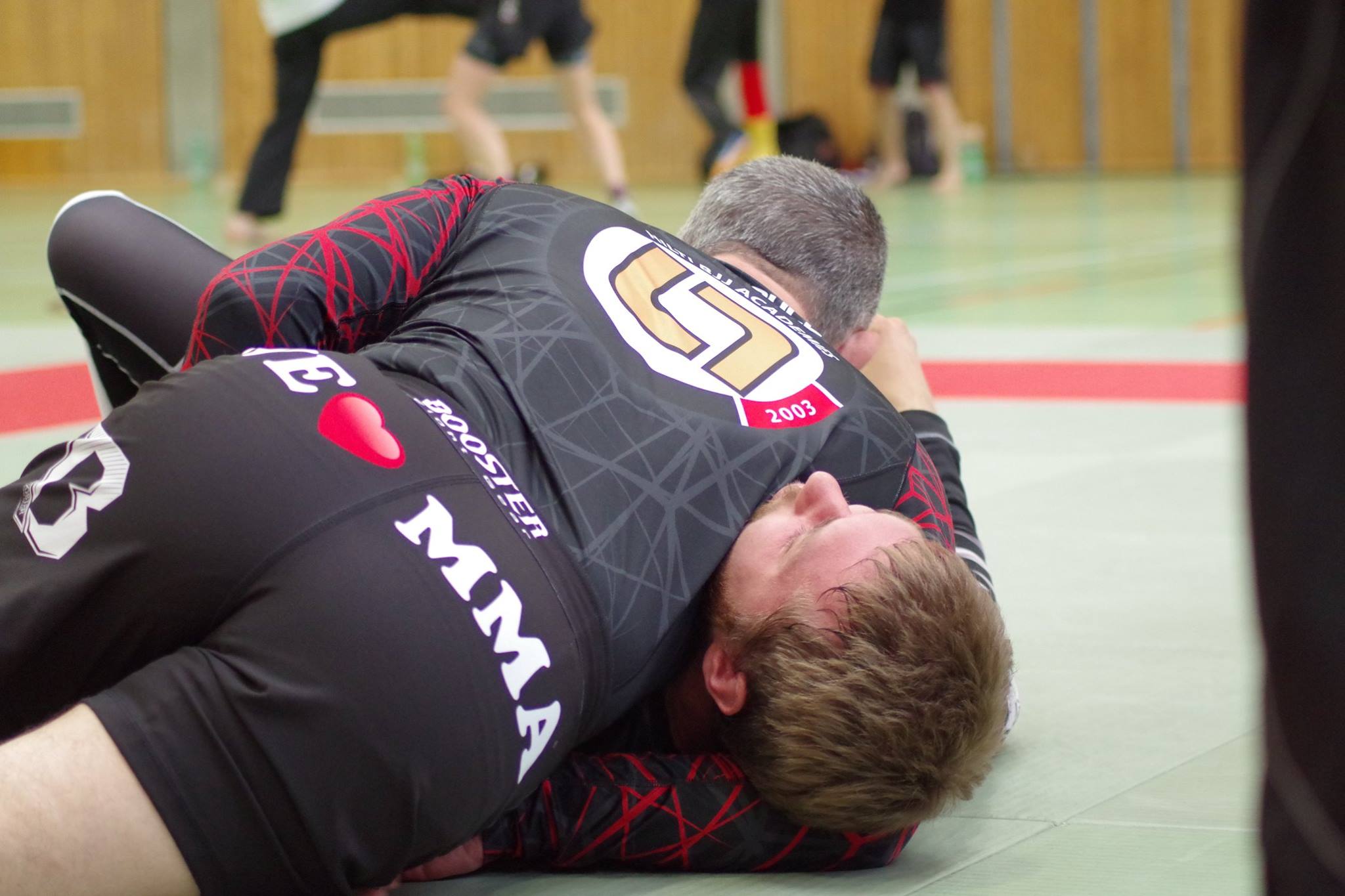 The experience and knowledge have served him well with matchmaking. When asked what he looks for when formulating a bout, the answer shows a process with many considerations. “It’s interesting. Due to me being in the scene for a while, I find that I am matching styles from the gyms. Every gym and team has a special atmosphere, a “fighting spirit”, so this is what I’m looking for. I’m looking at the record and history of opponents first, but all else being equal, I look more on the “fighting spirit” than any specialization in fighting. Sometimes you’ll have something interesting where you have the German champion in kickboxing, and a German Champion in Wresting, and I’ll put those together for fun as a given.”

“I put myself in the mind of the audience: What would be entertaining and still pull the best of the ‘fighting spirit’ out of each fighter?”

When asked what he thought of the Bild Contestants Burczynksi said “There’s potential there. The ones that make it to the end can certainly make an impact on their divisions in WLMMA.”

After all these years, Burczynksi still stays busy as a coach of combat sports athletes.

Rany Saadeh, WLMMA’s English Commentator, and former BAMMA bantamweight champion is also a long-time student of Burczynski. “Rany, Attila, and Vlado, came 10 years ago when they were between 14 and 16 years old. They were really talented teenagers that wanted to improve their skills. He’s come a long way.”

“My coaching method is to teach every discipline as a stand-alone and then you combine it twice a week at least.” He says “The majority of MMA is wrestling at the moment, you need to have striking, and some ground skills, and then we need to put it all together. I tell my fighters to go where they need to sharpen their skills, and then we put the skills together and make gameplans at the gym”.

“Kam has been a champion since Stuttgart last year. He is pretty interesting because he looks so unassuming. He just doesn’t look like a super aggressive fighter. However, he is very well-rounded. He’s always shown solid fundamentals in striking and great wrestling in his performances. I think many weren’t sure what to expect from him on the ground, but in his championship fight, he was tested on the ground and he did a fantastic job.”

“Adrian is unbelievably sweet and almost too fun to be a champion. He came in with a promising amatuer record. He lost his first fight against Janssen by RNC inside the first round, but learned from it and came back strong, then he beat Daniel Huchler, then Paule Häcker. Two submissions in a row. He wanted a rematch with Janssen and he beat him very dominantly. It was a really strong turnaround.”

“Dustin was our first crowned champion. He came up in an interesting time: Between 2015 – 2017 the 84 kg division had a lot of talent and the top was pretty crowded. After Dustin defeated David Moscatelli, everyone was sure he had to fight the champion. His title fight was against Mario Wittman and he looked even more impressive. He’s beaten some big names now. I think he’s ready for an international show, and I hope he starts pursuing it.”

Burczynski is busy preparing for the next show in Munich on February 23rd. He thinks it offers an interesting experience for fans. “Well, the Small Olympic Hall is right next to the Olympic Stadium and is very unique because it’s partially underground. For me, it always feels like I’m entering into a bunker. Munich has had a good scene building so there are some local fighters that are popular. Three bouts that I’m looking forward to seeing the most are:

Ömer vs. Rahman is a well-rounded match with tons of experience between the two.

Kevin is always a game fighter and Ali is a local from Pound for Pound in Munich.

Leo is within the top 5 and fights an interesting grappler. The winner of this could be the next contender for the Middleweight title.